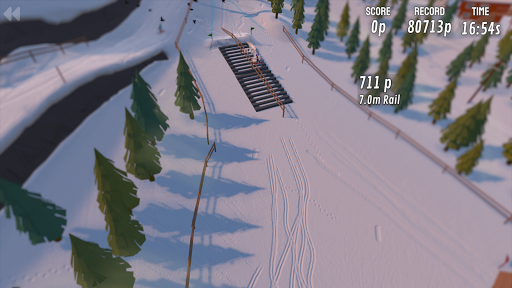 Note!
This is a demo version with the first mountain free. Purchase the full game to unlock all 7 mountains and get twin-tip skis and board.

Cross-Device Multiplayer
Gather your friends, connect to the same Wifi and explore the mountains together. Compete in races or try out the new battle mode where you throw snowballs and plant rails to send your friends off the course. Up to 16 players can play together at once.

Gameplay
The adventure starts at the bottom of Hirschalm, a sleepy ski resort in the midst of the alps. Strap on your skis or board and head down to the lift while picking up the basics like turning and jumping.

Take the lift up to Almhütte and try your first slalom challenge. Completing challenges earns you Ski Passes which are used to unlock ski lifts which takes you to new parts of the mountain.

As you advance up the mountain you have to tackle a variety of challenges like slalom, slopestyle, ski cross, and big air. Now perfect carving turns will not be enough but you also have to start practicing tricks, rails, and drops to complete the challenges.

And don’t forget to get off the slopes and head into the backcountry areas. Apart from deep powder and clean lines, you will discover hidden challenges and secret Ski Passes. But be careful – outside the groomed runs there are bears, wolves, avalanches, falling trees, and other hazards waiting for you!

About Toppluva:
Grand Mountain Adventure is developed by Toppluva, a small indie studio from Stockholm, Sweden consisting of three snowboard-enthusiastic barothers. If you have any trouble, read the FAQ at:
https://www.toppluva.com/GrandMountainAdventure/faq.html